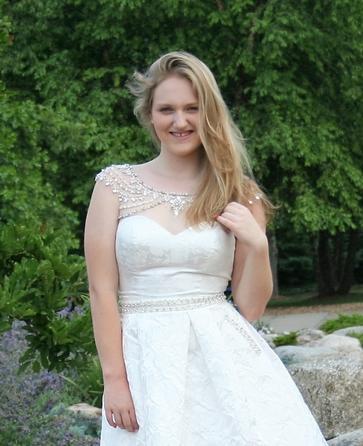 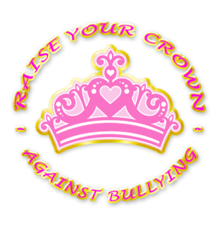 My name is Olivia and I am 16. I was 5 years old when the bullying started. The victims of bullying are many and each story is different. The long term effects can be devastating to all involved. I don’t want anyone to ever suffer like I did, and I certainly don’t want them to spend years of their life trying to rebuild their self-esteem and confidence. Some days I still suffer from low self-esteem and can hear the things that were said to me, like it was just yesterday. That is why I am standing here before you, willing to share my story. Even though I may shed a tear or two, it is worth it if just one person’s life is changed for the better.

When I was in Kindergarten, I was overweight and wore baggy clothes because of sensory issues. I also struggled with ADD and Dysgraphia and acted out in class due to frustration. The other kids saw me as different and would bully me. I may have been an easy target, but nobody deserves to be bullied. No matter what I did after that, the kids never accepted me. Whenever I made a new friend, the other girls would convince her that I was awful and I would be alone again. I could never understand why they wanted to hurt me so much, but I kept trying to make new friends even though it felt like I would never have any.

In middle school, I finally made some friends. They accepted me just the way I was, but my self-esteem was still really low. I decided to try a natural pageant as a way to gain confidence, make friends, and create bullying awareness. After winning a state title and wanting to use it to make a difference, I came up with the idea of getting my pageant friends to share pictures with their crowns raised in support of ending bullying. And so, the Raise Your Crown Against Bullying initiative was born. This symbolic gesture gave many a voice and a safe way to stand up against bullying. I was getting recognition for my efforts, and I thought things could only get better.

When I was in high school, I had gained enough confidence to try out for the cheer team and was excited when I made it. I am a strong person; some call me a natural leader. So when I saw bullying one day I spoke up, not realizing that I would be standing up alone and become a target myself. Some of the girls were mean to me, and at least one girl was a bully repeatedly. Suddenly the isolation, false rumor spreading, whispered negative comments, and exclusion from group messaging and events was overwhelming and extremely hurtful. I did ask the school for help, but unfortunately, they couldn’t help without asking my friends to confirm what was happening. It was pointless to get them involved as most things were whispered so nobody else could hear, plus some of them were fearful of becoming the bully’s next target. I was getting physically sick from the stress and anxiety of going to school knowing at any minute something else would happen. One missed day turned into several days, which turned into weeks and I finally told my mom that I just couldn’t go back. I was a straight A student on the verge of dropping out of 9th grade.

Today, I am in the 10th grade getting straight A’s at MTS Minnesota Connections Academy which is an online school. I am on an All-Star competition cheer team at Planet Spirit. I am a proud member of PACER’s Faces of Change, the Youth Advisory Board that just sponsored THE UNITY AWARDS, which is an event celebrating youth who are taking action. My Raise Your Crown Against Bullying initiative has over 3,000 likes on Facebook and has inspired nearly 1,000 people all across the world to submit photos raising bullying awareness. And thanks to PACER’s support, my story will be shared with an audience of millions in American Profile’s Battling Bullying magazine in this weekend’s newspaper (10/2/2016).

I want to leave you with this one last thing. I was bullied, repeatedly, but most people would just say to shake it off, it happens to everyone, or that I was being overly sensitive. It doesn’t matter what anyone else says, it only matters how it feels to you. If it is impacting your life in any negative way, then it is too much and it needs to stop. Please reach out to a parent, another adult, PACER’s National Bullying Prevention Center, or one of the other anti-bullying organizations and tell them what is happening so they can help you. Just remember, even though you feel alone, you are NOT alone. The world is a better place because you are in it.